i was recently assigned some work that required automating some ftp tasks. i thought what a perfect opportunity to try out the ftp integration pack (IP) in orchestrator! after configuring the ftp options, i tried to use one of the activities and hit a problem: failed to initialize configuration object. 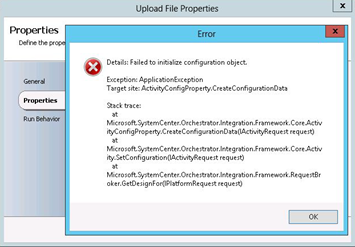 YOU DON’T HAVE TO READ THIS PART

i don’t normally look at stack traces and know what the hell is going on so i immediately went to my crutch and starting searching the entire world of knowledge and finally landed on this post describing the exact same problem. in the end, the original poster (OP) fixed the issue by uninstalling all of his IPs and reinstalling them. that seemed like total crap to me so i dismissed it and forgot about it until yesterday when i found some time to really look at this problem.

(OR THIS) THE ANALYSIS

i had two environments to work with, both not working. the first thing i tried was the OP’s fix. i uninstalled everything and reinstalled the ftp IP. it worked. miraculous. well, now that i had one working environment, i ran some directory comparisons followed up by file version comparisons. everything matched up. nauseating.

after that came up empty, i took a comparison of the ftp installation log that gets generated when deploying the IP. after pouring over the working and broken deployment logs, i came across what appeared to be the most valid problem in the broken deployment.

when compared to the working deployment, i couldn’t find these lines. that was the giveaway. i searched for the GUIDs in the broken deployment logs and was able to locate the lines that detailed the exact assembly components. here’s an example:

i was able to trace back the original installation stemming from the exchange mail IP available on codeplex. that doesn’t mean anything but did show up in all of the environments with the same thing.

the assembly components and filenames mapped as indicated below. the directories all start at <windir>\assembly\gac_msil.

please exercise caution and test this in your own environment since this is completely unsupported. also, the safest method is to follow what the OP suggested and uninstall all IPs and reinstall them. this works because it removes the assemblies that the ftp IP installation will not overwrite.

and now… it works. 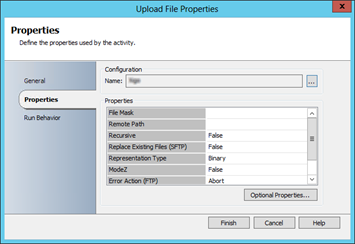